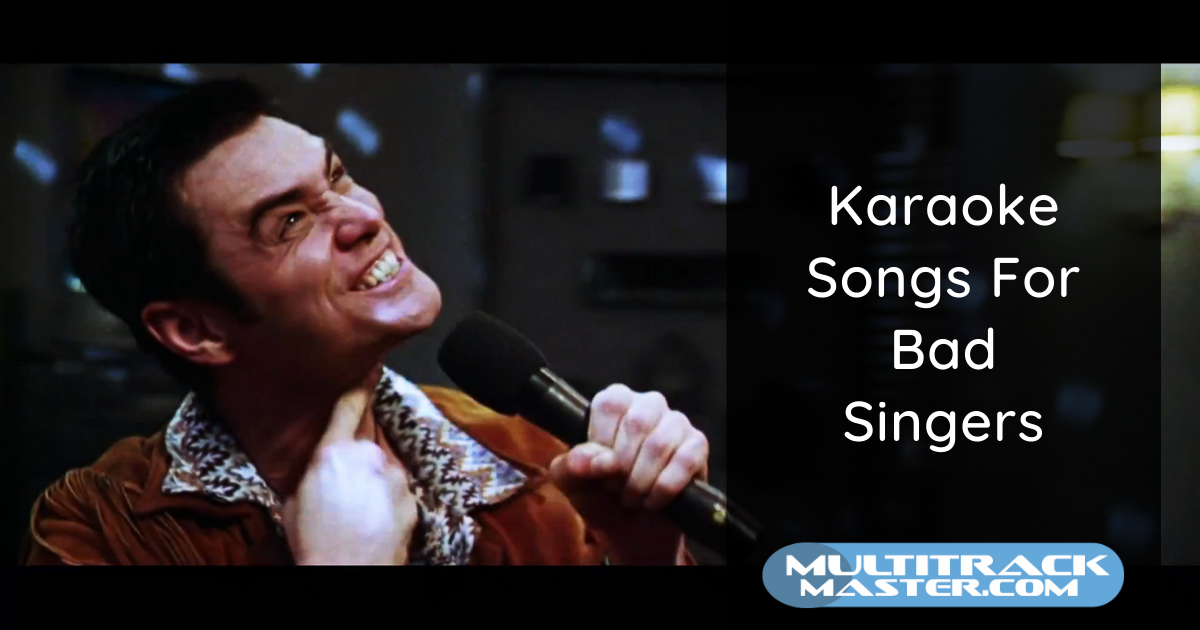 It’s pretty sad when a person has such a love of music in their heart, but they know they can’t sing a note. If you are one of those people and you have been dying to try your hand at karaoke, there is hope for you yet! You just have to figure out what songs you can sing without getting embarrassed by your voice.

There are lots of songs out there that don’t require any formal voice training and that have note structures that almost any one can pull off. No matter what genre of music is your favorite, you can find songs that are easy to do. Below are some lists of the easiest songs from different genres that can open the door to karaoke for you!

If country music is your thing, then you are in luck. Country music has some of the easiest songs to sing for those that don’t sing that well. Not that there aren’t some very difficult country songs too, but many times country music has notes that are easy to reach and melodies can often be predictable. This can make it much easier to follow the song.

Pop songs have always been a favorite for karaoke singers. There are so many to choose from and so many of them are really easy to sing. There are slow pop songs, dance pop songs, happy pop songs and pop love songs.

Many pop songs are easy for ladies with high voices to sing because there are so many great female pop artists out there today that love to show off their vocal range. However, there are still great choices in the pop genre for guys too.The songs listed below are mostly upbeat pop songs that are tried and true karaoke picks that most people love to sing over and over!

If you are a fan of rap and you really can’t sing too well, then you might be the luckiest bad singer around. It’s not because rappers can’t sing, it’s just that many rap songs are just that, rapping. Now, just because a rap song talks through much of the lyrics sometimes doesn’t mean they can’t be hard to keep up with.

There are some fantastic rappers out there and they didn’t become famous because they weren’t great at it! If you are a man with a low range voice, rap can be a great choice for you because so many rap and hip hop songs are done by guys with low voices. Below are some of the easiest rap songs that most people can do.

It’s not hard to understand why rock n’ roll is so popular for karaoke singing. It really gets the party started and can keep it going for hours on end! From the 1950’s until present day, rock music has never went out of style for even a day. Whether you like old rock or the newest rock, there are plenty of easy rock songs to choose from.