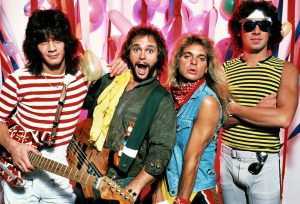 The Van Halen brothers named their first band The Broken Combs, but this was changed later to “Mammoth”. The name didn’t last long, however; in 1974, David Lee Roth claims that it was his idea to change the band’s name to “Van Halen”.

They played at many clubs in Los Angeles in the mid-1970’s and were eventually discovered by Rodney Bingenheimer at a club in 1976. He was so impressed that he brought Gene Simmons of the hit band KISS to watch them perform. This led to Van Halen’s demo being recorded at Village Recorder studios. Simmons suggested a name change, but the band refused.

Their first album, Van Halen, was released in 1978 and was a commercial success with hits such as “Runnin’ with the Devil”.

Over their nearly 50 year existence, the band has put out 12 albums and performed in 19 different tours worldwide. In 2007, they were officially inducted into the Rock and Roll Hall of Fame.

Van Halen | I’m The One (Eddie Van Halen guitar only)

Van Halen | So This Is Love? (Eddie Van Halen guitar only)

Van Halen | Hear About It Later (guitars only)

Van Halen | Dance The Night Away (vocals only, guitar only, bass only)