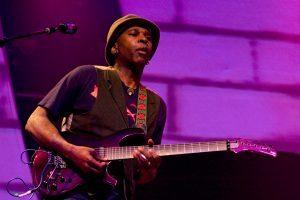 He formed the group in 1984 and remained with it until 1995 when it broke up. The group was reformed in 2000 and Reid has been with them since to produce 3 more albums for a total of 6 albums for the band since its creation.

Reid also had a successful solo career with other groups and as a sideman for Jack Bruce, Geri Allen, and more.