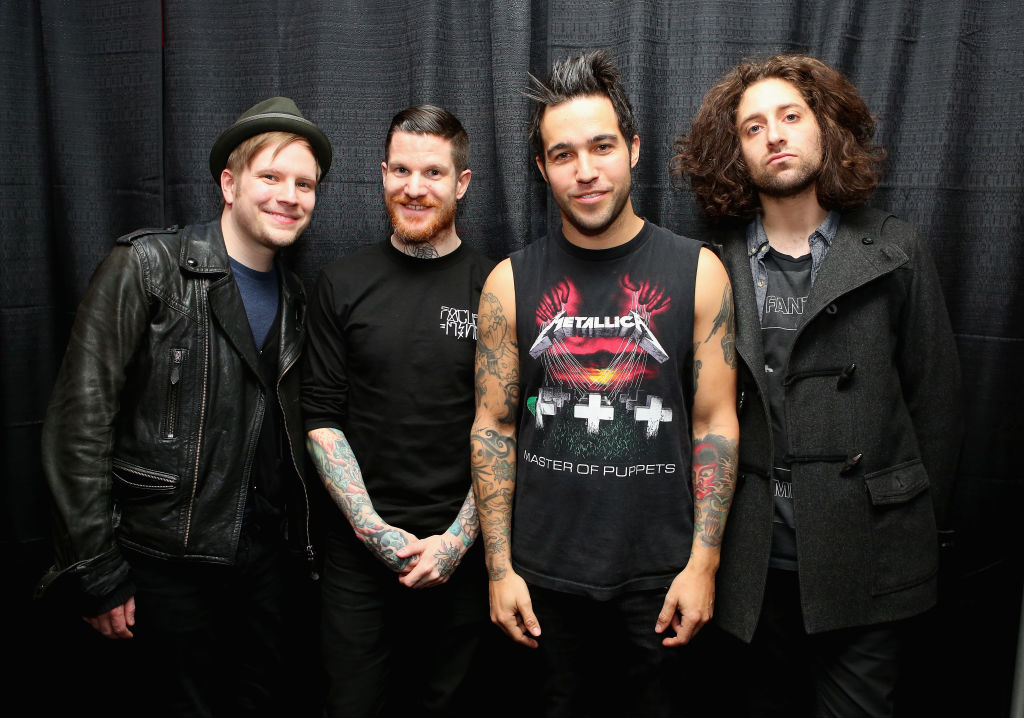 Diverse sounds among Rock bands have been evolving with each new decade. While Heavy Metal reigned as the most popular in Rock music during the 1980s and 1990s, a softer rock sound began to emerge after the turn of the century in the 2000s. Alternative Rock has been around for quite a number of years now and has several sub-genres such as Indie Rock, Punk Rock and Pop Rock. Here’s a list of 5 of the Best Rocks Bands from 2010 until 2019.

The band’s original name was Pectoralz when they started out in London, England in 1996. They then changed their name to Starfish. Finally, in 1998 they changed it once again to Coldplay. The four members, Chris Martin, Jonny Buckland, Guy Berryman, Will Champion and Phil Harvey, met in college. Phil Harvey, Creative director and former manager is known as the band’s fifth member.

Coldplay had two EP’s released in 1998 and 1999, Safety and then The Blue Room. Their debut album Parachutes was released in 2000 and featured the song “Yellow”. They released several more albums after that. In 2011 they released their fifth album, Mylo Xvloto. It was the best-selling Rock album in the UK and topped the charts in many more countries.

To date, Coldplay has released a total of eight albums. Most of their work has received good reviews and they are still together today. They have received seven Grammy Awards as well as numerous other European music awards. Some of the best music from Coldplay includes “Yellow”, “Clocks”, “Talk”, “Lovers in Japan”, and “The Scientist”.

The band was formed in 2001 in Wilmette, Illinois with Patrick Stump, Pete Wentz, Joe Trohman and Adam Hurley. Fall Out Boy was formed by Trotman and Wentz with Stump joining a short time later. They were more of a Pop Punk band at the time. The drummer, Adam Hurley, was preceded by several other drummers before he landed the job. Their debut album, Take This to Your Grave, was released in 2003 and was touted as a blueprint for Pop Punk in the 2000’s. In 2005, their album From Under the Cork Tree, went double platinum. The band took a break from 2009 until 2012.

When the band started up again in 2012, they recorded Save Rock and Roll in 2013. It was their second number one. The EP , Pax Am Day, was released in the same year and had 8 songs that were Punk influenced. In 2015 Fall Out Boy released its sixth album, American Beauty/American Psycho, which peaked at number one on Billboard 200. Their success continued when in 2018 they released Mania and it also peaked at number one. It was the band’s fourth number one album. The band has won numerous awards over the years. Some of the band’s best hit songs are “Dance, Dance”, “Save Rock and Roll”, “I Don’t Care”, “Sugar We’re Goin Down”, and “Irresistible”.

According to Billboard, Imagine Dragons was named the breakthrough band of 2013. The group is Pop Rock and from Las Vegas, Nevada. The group consists of members Dan Reynolds, Wayne Sermon, Ben McKee, and Daniel Platzman. Their first single release in 2012, “It’s Time”, gained them recognition. Following that, they released the debut album Night Visions which contained “It’s Time as well as the tremendous hits “Radioactive” and “Demons”. “Radioactive” was considered the biggest hit of that year and gained the record for most weeks charted on the Billboard Hot 100. Billboard also named them the “Biggest Band of 2017” and “Top Artists – Duo/Group” in 2018.

In 2015 the band’s second studio album reached number one in the US, the UK and in Canada and was titled Smoke + Mirrors. Their success continued in 2017 with the release of Evolve, their third studio album. The group has won many Billboard awards as well as three American Music Awards, One Grammy and numerous others. Some of the group’s greatest hits are “it’s Time”, “Radioactive”, “Demons”, “Thunder” and “Natural”.

This group was formed in 2002 in Sheffield, England. The band members include Alex Turner, Jamie Cook, Nick O’Malley, and Matt Helders. Andy Nicholson, a former band member left the group in 2006. The Arctic Monkeys are said to be one of the first groups to gain attention through the internet. It was thought that using the internet might be the best way to introduce new bands today. To date, they have released six studio albums. Their last album, Tranquility Base Hotel, and Casino as released in 2018.

The group has been given numerous awards including Brit Awards. Three times they won Best British Group and Best British Album. They have been nominated for a Grammy Award five times. The genre of the band is usually considered to be Indie rock, Garage rock, and Post Punk. Some of the Arctic Monkey’s greatest hits are “I Bet You Look Good on the Dance Floor”, “When The Sun Goes Down”, “A Certain Romance”, and “Fluorescent Adolescent”.

American rock band Linkin Park is from Agoura, California. They can fall under the heading of several genres like alternative rock, rap rock, electric rock and alternative metal. Today’s band members include Mike Shinoda, Brad Delson, Dave Ferrell, Joe Hahn and Rob Bourdon. They formed the band in 1996 and stayed active until 2017 when former band member Chester Bennington died from suicide. The band still remains on hiatus, but member Dave Farrell acknowledged the band is working on new material.

Their first studio album was not released until 2000 and was titled Hybrid Theory. Their second album, Meteora, was released in 2003 and topped Billboard 200. The band decided to look at other genres in the making of their third album, Minutes to Midnight, which was released in 2007 and also topped the Billboard 200. The band’s next several albums changed up their sound a few times. Awards the band has won include Grammy Awards, two Billboard Music Awards, six American Music Awards, and many others over the years. Some of the band’s best songs are “In the End”, “Numb”, “One Step Closer”, “Faint” and “Given Up”. These songs are still sung regularly in karaoke circles.