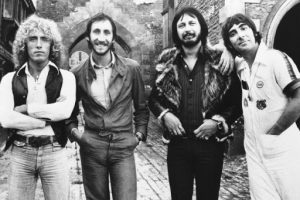 The Who was a famously influential English rock band that was formed by Roger Daltrey, Pete Townshend, John Entwistle, and Keith Moon in London 1964. They are considered one of the most successful rock groups of the 20th century and have sold over 100 million records internationally since their inception.

Their first album, My Generation, was released in 1965, but the album that contained some of their most popular hits was called Who’s Next and it was released in 1971. Songs “Baba O’Riley” and “Won’t Get Fooled Again” appeared on the album. It went triple platinum in the United States, platinum in the United Kingdom, and gold in Italy and is considered today to be the best album The Who produced.

The Who | Behind Blue Eyes (guitar, backing vocals)

The Who | I Can See For Miles (vocals only, instrumental)

The Who | Pinball Wizard (vocal only, guitar only)

The Who | Who Are You (keys, misc percussion, back vocals only)

The Who | Summertime Blues (guitar only)

The Who | Going Mobile (drums only)