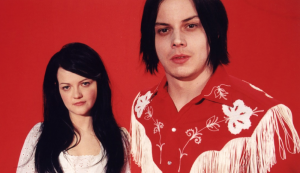 The White Stripes was the American rock duo of Jack White and Meg White that was formed in Detroit, Michigan in 1997. Jack was the vocals, songwriter, and and played the guitar, but he also played the mandolin and the piano. Meg performed on the drums and provided vocals.

Jack and Meg began their existence as a duo with quite a few quirks, from their refusal to be interviewed separately to pretending to be brother and sister and even only performing in red, white, and black.

Their first album, The White Stripes, was produced in 1999 and was released by Sympathy for the Record Industry.

Their last album, Icky Thump, was released in 2007 under Warner Bros. Records.