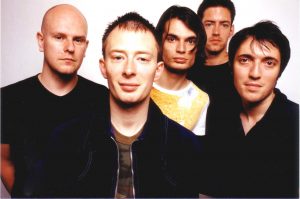 Radiohead was founded in Abingdon, Oxfordshire in 1985 and are an a-list rock band. The band had their fist success with the song “Creep” in 92 and the rest is history.

They are still active to this day with all original members. From 79 nominations, they’ve won an impressive 22 major awards, including Best Act In The World for three consecutive years in a row. This was 2001 thru 2003.

They are Rock and Roll Hall of Fame Inductees,, six Grammy’s, plus much, much more.