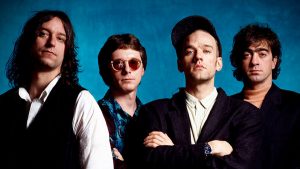 R.E.M. was founded in 1980 and was one of the first alternative rocks bands to hit the scene.

Launching a new genre is no easy task. But in reality, they were more of an alternative folk rock with more than interesting lyrics.

The band received 7 nominations for Grammy Awards from their album “Out of Time” in 1992. This bring up their hit song “Losing My Religion”, which propelled them into stardom and was ultimately their highest charting and best selling hit in their 21 year history.

R.E.M. | Losing My Religion (vocal only)