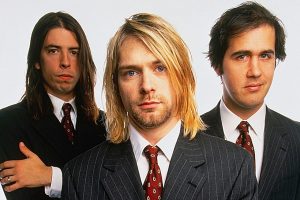 Nirvana was a band that was founded in the State of Washington. Although they only had a short span of time making and recording music, they started a musical revolution.

They were the catalyst of the transition from glam and big hair bands to grunge rock, which still exist in a lot of different sub-genres to this day.

They’ve won numerous award and the band and it’s members were indicted into the Rock and Roll Hall of Fame in 2014. Ot’s estimated that they sold 75 + million records worldwide.

Not bad for a band that was only popular for a short time. The band ended abruptly with the death of front man Kurt Cobain on April 5, 1994, in Seattle, WA.

Nirvana | Breed (vocal only, guitar only)

Nirvana | Drain You (vocal only, instrumental)