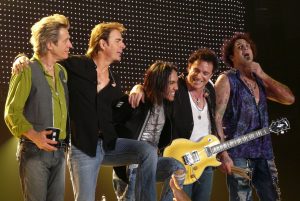 Journey is a Rock band at it’s core. Even though they’re listed within several distinctly different Genres, they are at their core a rock band. You’ll understand when you get to the genera list below.

The band was founded in 1973, based out of San Francisco, Ca. With over 75 million record sales, they are one of the worlds bestselling bands of all time.

In 2005, USA Today ran an opinion poll. Journey came in at number 5 on the list. Journey still torus to this day.

Journey | Any Way You Want It (Steve Perry vocal only)