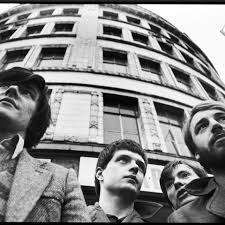 Joy Division, a band once described as a punk infected hard rock was founded in 1976 and ended abruptly in 1980.

They were based out of Salford, England and were considered Gothic rock or Post-punk. The band ended when front man and guitarist took his own life.

Incredibly, but as seen throughout history, Artists with that something special are often more appreciated posthumous. The release of their second and final album had a single titled “Love Will Tear Us Apart”. It was the bands highest charting releases.

Joy Division | Love Will Tear Us Apart (vocal only)