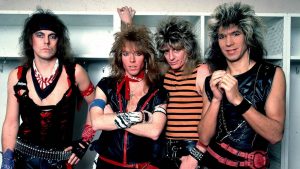 Dokken was formed in 1979 by the front-man Don Dokken. Over their long history, they’ve sold over 10 million albums.

The band as a whole has had a lot of members over the years. Some more notable than others such as George lynch. It was almost like slow-motion musical chairs with this band.

Some of the ex-members played with other well-known rock bands such as Ratt, Great White, and Quiet Riot before or after being a member of Dokken.