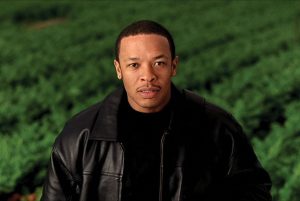 Dr. Dre does it all. He’s an entrepreneur, audio engineer, record producer, record executive, actor, and most importantly, a songwriter and rapper, which is how he made a name for himself.

He was the first rapper to produce music and lyrics about rough street life in the hood. It became known as gangsta rap and changed the music industry forever.

Although he started in 1985 as a member of World Class Wreckin’ Cru but didn’t make it big until 92 with his debut album The Chronic under the label Death Row Records. He was one of the best selling artists in 93 from his debut album.

He’s done pretty well for himself with all of his hard work and talent to the tune of 800 million dollars in net worth.

Not bad for somebody from the hood.