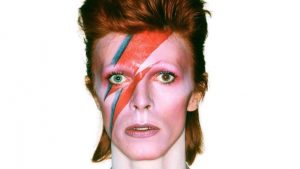 David Bowie, born David Robert Jones, was an actor and English pop and electronic singer-songwriter. His career began in 1962 in a band called the Konrads. He played the guitar for the band, but their aspirations weren’t high enough for him, so he left them and joined the King Bees. His first manager was Leslie Conn and after the King Bees covers weren’t a success, Bowie quit the band and joined the Manish Boys. He quit that band, as well, and moved onto a band called the Lower Third. He went through several bands before he finally renamed himself David Bowie and released his self-titled debut album in 1967, which wasn’t successful. His next release would be 2 years later as David Bowie and it reached the top 5 in the UK charts. It caused confusion with his first album of the same name, so it was released in the US as Man of Words/Man of Music and RCA re-released it in 1972 as Space Oddity.

His first album to reach platinum status was The Rise and Fall of Ziggy Stardust and the Spiders from Mars in 1972. This was the album that gained him his fame and it reached #5 on the UK Albums Chart in 1972. Its highest ranking in the United States on the US Billboard 200 was 75 in 1973, but after Bowie’s death in 2016, it peaked at #21.

Velvet Goldmine (vocal and bass only)

Under Pressure – Queen with David Bowie