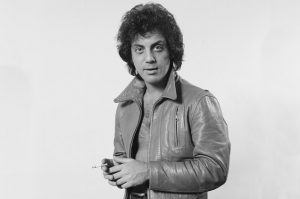 Billy Joel began his career in the band The Echoes in 1965 at the age of 16. After the band changed its name twice from the Echoes to the Emeralds, then to the Lost Souls, he decided to join the band the Hassles. The new band was signed with United Artists Records. The drummer, Jon Small, and Billy Joel left the band and formed their own duo known as Atilla. The duo split up when it was discovered that Joel was having an affair with Small’s wife, who he later married.

Scenes From An Italian Restaurant (instrumental and vocal only) – Billy Joel