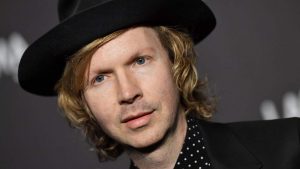 Beck began his music career performing on city buses as a folk musician, then later traveled to New York City. After getting tired of being homeless in New York City and not wanting to deal with another winter there, he went back to Los Angeles. He started playing in clubs and bars and was eventually brought in to record by record label Bong Load Custom Records.

Beck originally didn’t want “Loser” to be released, because he thought it was a mediocre song. The song being played on the radio in Los Angeles was what led to his real discovery as an artist and is what jump started his larger career.