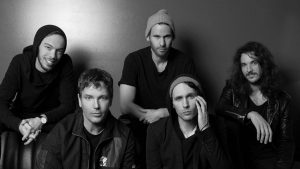 Third Eye Blind is an American rock band that was formed by Stephan Jenkins and Kevin Cadogan. Their first demo was recorded in 1993, but it wasn’t until 1997 that their first album titled “Third Eye Blind” was released. It contained their most well known hit “Semi-Charmed Life”, which landed at the #4 position on the Billboard Hot 100.

“How’s It Going To Be” was another hit single that came from their debut album. As of today, their first album remains their most popular and most commercially successful.

They were awarded Best Modern Rock Track in 1997 by Billboard.