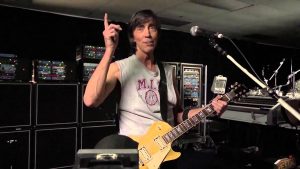 Tom Scholz is best known for his role in founding the famous American classic rock band Boston. To date, he remains the only member of Boston that has been there since the band’s very beginning.

Tom is famous for performing many different instruments while in the Boston band, even going to the lengths of playing all of the instruments (except for drums) on the first 6 demos created for the band. He did this after creating a recording studio in his own basement and financing any demo tapes he wanted to record in professional studios.

Boston’s first album was recorded largely by Scholz in his basement studio because he wanted to do the work at his own pace. It was later mixed by producer John Boylan who added in Brad Delp’s vocals.