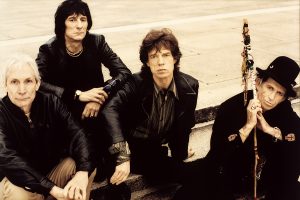 The Rolling Stones consisted of Charlie Watts, Ronnie Wood, Keith Richards and lead singer Mick Jagger. They formed up in London in the Year 1962, releasing their first album in 1964 which was the same name as their band name. They rose to Fame in the mid 60s and their first number 1 hit Internationally was I Can’t Get No Satisfaction.

Their first overall number 1 hit in the UK was The Last Time. Keith Richards and Mick Jagger did most of the song writing within the band and are the two most famous members today. They also have been 4 time Grammy winners and have 6 of their songs inducted into the Grammy Hall of Fame.

Rolling Stones | Can’t You Hear Me Knocking (guitars only)

Rolling Stones | Under My Thumb (instrumental)

Rolling Stones | (I Can’t Get No) Satisfaction (instrumental)