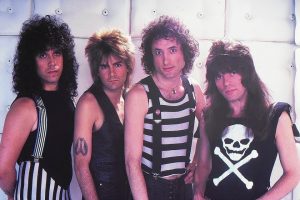 Quiet Riot was founded in 1975 by Randy Rhoads and Kelly Garni and Kevin DuBrow. The band has an incredible 26 former members since it’s founding.

Although the band never had real commercial success after that, they did pave the way for Heavy Metal to enter main stream music. It was the beginning of a new era in Rock and Roll.

Since that album, the band has closed and re-opened for business multiple times in their history, and still entertain crowds to this day.