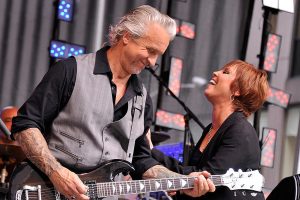 Neil Giraldo was born December 29, 1955. He is an American musician, record producer, arranger, and songwriter best known as the musical partner of Pat Benatar for more than 40 years.

Giraldo’s work has sold over 45 million records and his contributions have produced five Grammy Awards and an additional four Grammy nominations.