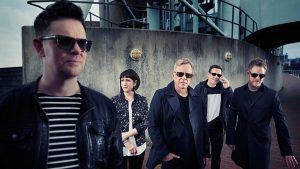 The band formed after the demise of Joy Division, following the suicide of lead singer Ian Curtis; they were joined by Gillian Gilbert on keyboards later that year.

New Order’s integration of post-punk with electronic and dance music made them one of the most acclaimed and influential bands of the 1980s.