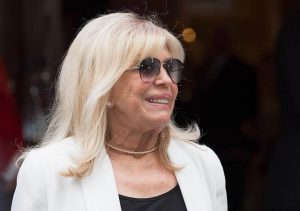 Nancy Sandra Sinatra was born June 8, 1940. She is an American singer and actress. She is the elder daughter of Frank Sinatra and Nancy (née Barbato) Sinatra, and is widely known for her 1966 signature hit “These Boots Are Made for Walkin'”.

Other defining recordings include “Sugar Town”, the 1967 number one “Somethin’ Stupid” (a duet with her father), the title song from the James Bond film You Only Live Twice, several collaborations with Lee Hazlewood, such as “Jackson”, “Summer Wine” and her cover of Cher’s “Bang Bang (My Baby Shot Me Down)”.

Nancy Sinatra began her career as a singer and actress in November 1957 with an appearance on her father’s ABC-TV variety series, but initially achieved success only in Europe and Japan.

Nancy Sinatra | These Boots Are Made For Walkin’ (instruments–no vocal)