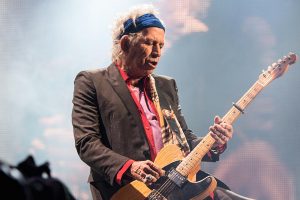 Keith Richards is one of the co-founders of The Rolling Stones. He was born December 18th, 1943. He is from Kent, England, born as an only child.

He started his music career in 1960 and remains active as of the spring of 2020.

He boast a huge list of accomplishments as a singer, songwriter and guitarist. He is one of the primary song-writers for the band and covers both rhythm and lead guitar. He is credited on 14 songs alongside Mick Jagger.

Rolling Stones | Can’t You Hear Me Knocking (guitars only)