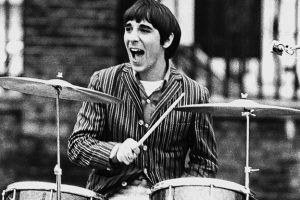 Keith Moon was born August 23rd, 1956 in Middlesex, England. He is mostly know for his time behind the drum set of The Who. He had a completely unique style of drumming.

He’s also know as one of the pioneers of the double bass drum configuration and use in Rock and Roll in that time.

What most don’t know is that he had other skills than drumming alone. He was also a songwriter, actor and producer.

He sadly died of an overdose of a drug he was using to prevent himself from drinking. He passed away on September 7th, 1978.