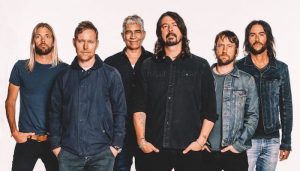 The Foo Fighters are an American rock band that was founded by Dave Grohl, who was the drummer for Nirvana until the suicide of Kurt Cobain. He founded Foo Fighters on his own initially and played all of the instruments and performed all of the vocals for the songs that he recorded at Robert Lang Studios, except for the guitar on the song “X-Static”. He gave out cassette copies of the sessions that he recorded there to friends, but intended to remain anonymous.

Some interest was generated by the cassettes that he had handed out and he started to be contacted by record labels over it. He formed a band with Nate Mendel, William Goldsmith, and Pat Smear. The first album was released under the band’s name, Foo Fighters, in July of 1995.

Foo Fighters | These Days (vocals only)

Foo Fighters | The Pretender (vocal only, guitar only)