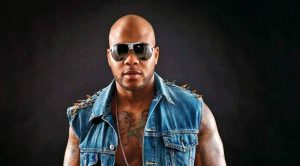 Flo Rida, born Tramar Lacel Dillard in Carol City, Florida, is a popular American singer, rapper, and songwriter. He launched himself into success in the United States with his first hit single “Low” in 2007, which remained #1 on the charts for 10 weeks. At the time of its release, it broke the record for the highest number of digital download sales.

He joined his first rap group known as the GroundHoggz when he was only in the 9th grade. He performed with them for eight years, then graduated high school in 1998. After going to school for business for a few months, he went back to Florida after getting a call from Poe Boy Entertainment records. He signed with them in 2004, but didn’t release his first album until March of 2008, which included the hit single “Low”.

He’s produced a total of 4 studio albums and 1 EP since then. In 2009, his song “Low” won Favorite Hip-Hop Song in the People’s Choice Awards.