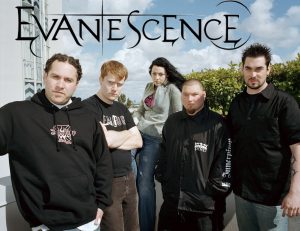 Evanescence is a rock band that was founded by Amy Lee and Ben Moody in Little Rock, Arkansas in 1995. Moody played guitar, while Lee sang and played the piano. After meeting at a Christian youth camp in 1994, they tossed around a few different band names before settling on Evanescence.

The song “My Immortal” was the reason that they were signed with Wind-up Records by Diana Meltzer and their album Fallen was produced and released by the label on the condition that the album’s lead single “Bring Me To Live” have only a male vocalist. The label originally tried to force the band to add a full time male vocalist, but Lee refused.

The album was released on March 4, 2003, but the album took nearly 8 years for Moody and Lee to write and compose. It has sold 17 million copies since its release date.

Since their first album, Evanescence has produced 4 albums.

Evanescence | Bring Me To Life (vocal only)