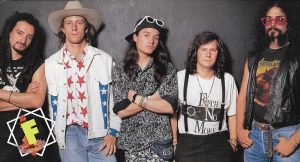 Faith No More is a rock band that was formed by Billy Gould as the bassist, Mike Morris as the vocalist, Mike Bordin as the drummer, and Wade Worthington as the keyboardist. They began in San Francisco, California with their first song, “Quiet in Heaven/Song of Liberty”, was recorded in a garage. They recorded this under the name Sharp Young Men along with Wade Worthington. When Worthington left, they changed the name to Faith No Man. When Mike Morris left, they finally settled on Faith No Man.

They signed with Slash Records in 1986 and released their first album, Introduce Yourself, in 1987.

Faith No More | Epic (vocal only)