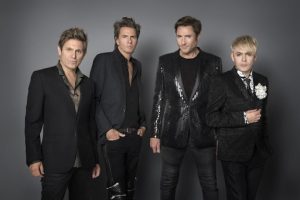 Duran Duran was born in 1978 in Birmingham and started small as a new wave band. It was MTV that brought them into the spotlight in the ’80s, catapulting the band into the international spotlight. They’ve sold over 100 million albums globally since their founding.

For years and years, they’ve managed to get singles and albums into the Billboard ranking 21 times and the UK singles chart top 10 with 14 singles. That’s the shortlist of their accomplishments. They also sport a long list of other awards.

There are very few bands as unique as Duran Duran. The band is actually named after a character from the sci-fi film Barbarella. It was the character of Dr. Durand Durand, played by Milo Donal O’Shea.