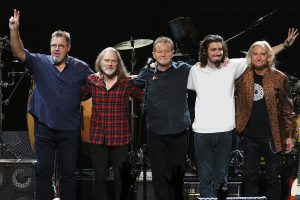 The Eagles are an American rock band that originates from Los Angeles, Ca. The band was formed in 1971 and has reached magnificent heights in the music industry. The Eagles are at the very top echelon of the world’s best-selling bands in history. Not rock, blues or heavy metal, but all bands.

They’ve sold well over 200 million records and over 100 million of them in the USA. They even made the top 100 artists of all time by Rolling Stone in 2004.

They have a long list of hits over the years that lives in the heart and minds of millions and millions across the globe.

Take It Easy (vocals only)