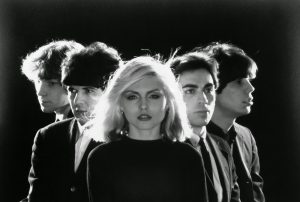 Blondie was a new wave and punk band formed in the late 1970’s by Debby Harry in New York City. They owe their success to a mistake on the music TV show Countdown played the video for “In The Flesh”. The song was the B-side of their single release at the time, “X-Offender”. The song made it to #2 on the charts in Australia in 1977. They didn’t break out in popularity in the United States until their third album, Parallel Lines.

Heart of Glass (vocal only) – Blondie

One Way Or Another (vocal only) – Blondie