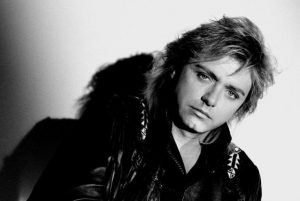 Ben Orr, born as Benjamin Orzechowski, was the co-founder, bassist, and singer for the classic rock band the Cars.

He began his career in Lakewood, Ohio in 1964 by joining a band called the Grasshoppers.

The band dissolved a couple of years afterward in 1966 and when they did, Ben went on to join two more bands, Mixed Emotions, then the Colours.

He co-founded the Cars in 1976 and performed with them until the band’s breakup in 1988. We have an interesting article on how Ben Orr and Elliott Easton created the sounds of The Cars.

Ben was originally known in his neighborhood as “Benny 11 Letters” due to the length of his last name.

The Cars | All Mixed Up (Ben Orr vocals and bass)