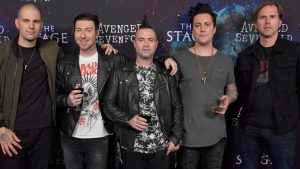 Avenged Sevenfold was formed in 1999 in Huntington Beach, California by Matt Sanders, James Sullivan, and Matt Wendt. They recorded their debut album in 2002, which was Sounding the Seventh Trumpet.