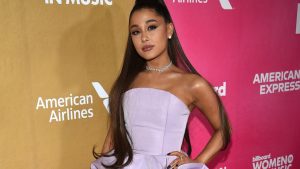 Ariana Grande began her career in music in 2009 on the Nickelodeon TV show Victorious. She didn’t release her first music single until 2011 and her first album was released in 2013.

Ariana Grande also starred in a spin-off of Victorious called Sam & Cat, which ran for 35 episodes.