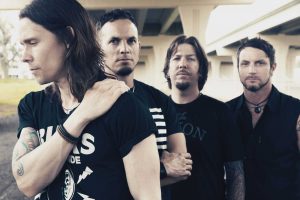 Alter Bridge originated in Orlando, Florida and was formed by two of the original members of the band Creed, Mark Tremonti and Scott Phillips. Their first album, One Day Remains, was certified gold in November 2004.

Ties That Bind (vocal only, guitars only, drums only) – Alter Bridge