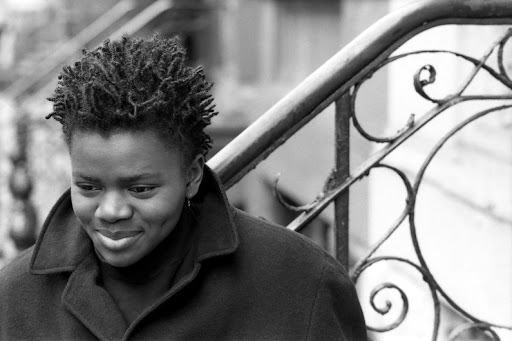 What we might consider traditional folk music has been around for decades. The earthy melodies and lyrics can have a broad appeal to many generations. Some of the more memorable names in contemporary folk music include greats such as Simon and Garfunkel, Joni Mitchell, James Taylor, and Emmy Lou Harris just to name a few.

Folk artists of today are really enjoying a revived boom in popularity among fans that might not be into Rap, Hip Hop, or other mainstream music genres of our day. More modern folk sounds can include sub-genres like Indie folk, folk-pop, folk-rock, and even some stuff that might be considered country. Here are 10 of the top modern folk artists that have been around for a bit or are just emerging that you should know about in no particular order!

This British folk-rock band came to life in 2007. It consists of four talented artists, Marcus Mumford, Ben Lovett, Winston Marshall, and Ted Dwane. They have released a total of four albums titled Sigh No More, Babel, Wilder Mind, and Delta. They are considered to be an indie rock and folk-rock band. Although they have had several top songs over the years, the one hit they had that sticks out most in my mind is “I Will Wait” from 2012.

Who hasn’t heard of the extremely talented Ed Sheeran? It seems that everything he releases is magically transported to a great hit! He is the red-haired Englishman with Irish heritage and one of the best modern folk style singer/songwriters that we have all came to recognize and love in recent years. He independently released the extended play No. 5 Collaborations Project in 2011. Since then, his musical genius has been entertaining us with hits such as “Happier”, “Shape of You”, “Sing”, and the latest smash, “Perfect”.

This Montreal born folk singer started out her career fresh out of high school and released her first EP, Old Soul in 2013. Later in 2015, her first album Sorrow Bound was released. Her second album titled Nine Pin was released in 2016 for which she won a Canadian Folk Music award. Kaia has toured from the US to Ireland. She has performed at The Kennedy Center and a variety of folk music festivals. Her third album, Grenadas, was nominated for a Juno award in 2019. It took on a more personal tone noting her parental heritage.

Although Molly’s brand of music can also be described as Americana and Bluegrass, she definitely hits the folk singer category as well. She writes, sings, and plays the guitar and banjo. Although raised in the San Francisco Bay area, in 2015 she moved from Boston to Nashville Tennessee. In 2017 she formed The Molly Tuttle Band. Molly was also the first woman to win the International Bluegrass Music Association’s Guitar Player of the Year Award. In her solo career, she released her debut album When You’re Ready on April 5, 2019, that features the beautiful song “Sleepwalking”.

Of Monsters and Men

An Icelandic indie folk/pop band, Of Monsters and Men, was formed in 2010. The group members are Nanna Bryndís Hilmarsdóttir, Ragnar Þórhallsson, Brynjar Leifsson, Arnar Rósenkranz Hilmarsson, and Kristján Páll Kristjánsson. Try and spell all of those names by memory! Their music genre is classified in a number of ways such as indie rock, indie folk, and folk-pop. In an annual battle of the bands competition in Iceland, the group won the Musiktilraunir in 2010. “My Head is an Animal”, from the groups 2011 debut album, climbed to the number 1 position in Australia, Iceland, Ireland, and the US Rock and Alternative charts as well. Overall, their debut single “Little Talks” was a great success. Their third album, Fever Dream, was released on 26 July 2019.

Based in Denver, Colorado, The Lumineers founding members, Wesley Schultz and Jeremiah Fraites began writing and performing together in New Jersey in 2005. They are now one of the top touring folk-rock/Americana bands out there in the US and all over the world. Their self titled first album was released in 2012 and reached number 2 status on Billboard 200. It reached triple platinum in the US and Canada. Their second album, Cleopatra, was released in 2016 and debuted at number 1 on the US Billboard as well as British and Canadian charts. Their greatest hits include “Ho Hey”, “Stubborn Love”, “Flowers in Your Hair”, and “Charlie Boy”.

The founding members of The Dixie Chicks are Martie Erwin Maguire, Emily Strayer, and lead singer Natalie Maines. Even though Natalie’s outspoken views during a London concert about the Iraq war with the US, which were widely criticized by some, many fans agreed and still follow them today. Sadly, they were blacklisted by many others because of what was seen as traitorous statements during the then-President George W. Bush’s term. Though their original fan base may have plummeted at the time, their talent in the country/folk genre can not be denied. They continue to spread their music. Their all-time greatest hits of yesteryear include, “There’s Your Trouble”, “Wide Open Spaces”, “Cowboy Take Me Away” and my favorite of the group is “When You Were Mine”.

If you are of any older age at all, there is no denying that James Taylor is probably one of the greatest folk artists you remember from the ’70s and ’80s. Not only does he encompass classic folk and soothing folk-pop, but his career spans even into our modern day! There’s hardly anyone that can not recognize the face of Sweet Baby James! He is a five-time Grammy Award winner over many decades. His incomparable hits include, “You’ve Got A Friend”, “Fire and Rain”, “How Sweet It Is”, and far too many more to mention!

Maybe many music fans in the newest generation have never even heard of Tracy Chapman and maybe she hasn’t put out any great music in a good while. However, I can tell you that in 1988, Tracy Chapman’s self-titled debut album hit #1 on both the US and the UK album charts. Tracy Chapman was awarded the Grammy Award for Best Contemporary Folk Album and her gorgeous song, “Fast Car”. It gained Chapman an award for Best Female Pop Vocal Performance at the 31st Grammy Awards in 1989. Also in 1989, the album was rated number 10 on Rolling Stone magazine’s list of the 100 Greatest Albums of the 1980s! I myself sang many hours along with this lady”s beautiful ballads! I only wish she would bring us more of the glorious songs I know she has hidden somewhere inside her dealing with our more modern-day topics.

This #1 mother/daughter duo might not be on any of the top folk artists lists you have visited lately, but back in the days of the 1980s until 1990, they were the hottest ticket around in country music all over America and the world. However, if you listen closely to their lyrics and melodies, it can’t be described as anything except as a contemporary or modern folk musical presentation. Even though for health reasons associated with hepatitis, mother Naomi dropped out of the duo in 1990, daughter Naomi continued on as a solo artist. Their greatest hits consisted of “Change of Heart”, “Grandpa, Tell Me ‘Bout the Good Old Days” and so many more heartfelt values!