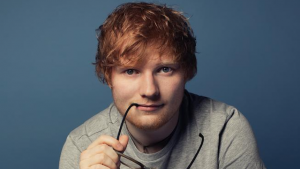 Ed Sheeran is a singer, songwriter, actor, and producer. His debut album, + (pronounced “plus”) was released in 2011. This release made him an instant music star as he quickly climbed the UK Albums Chart. Things just kept getting better from there forward as he won numerous awards after his first hit single “The A Team”.

His next release was 2014, x (pronounced “multiply”). It was the second best selling album in the world in 2015. Since his first hit, he has won too many awards to list here, but he’s played at Buckingham Palace, Madison Square Gardens, among other super venues across the globe.

Thinking Out Loud (vocal only)