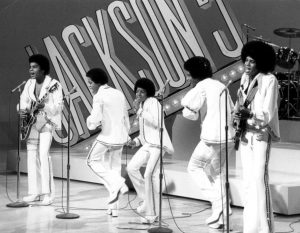 The Jackson five was an American pop group made up of singers and performers from the famously musical Jackson family. Jackie, Jermaine and Tito Jackson were the first to join the group with the younger Micheal and Marlon joining soon after. The band was formed in Gary, Indiana in 1965. The group went on to great success, becoming one of the best selling musical acts of all time.

To date they have sold over one hundred million records internationally, and continue to garner fans from around the world. Furthermore, the group helped to launch the singing career of Michael Jackson who went on to become an huge pop star in his own right. The band decided to take a break in 1989, but this turned into what was in essence their break-up as they never released another album as a group.

The Jackson Five | ABC (vocal only)

The Jackson Five | I’ll Be There (vocals only)