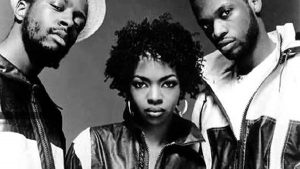 The Fugees is an American hiphop group consisting of Wyclef Jean, Lauryn Hill, and Pras Michel. They performed a mix of hip hop, soul, and reggae. Originating from South Orange, New Jersey, the group rose to recognition with their 1996 album, The Score.

This album won two Grammy Awards and was a multi Platinum album. Despite having only recorded two albums, the group disbanded in 1997 as each of the Fugees went solo. The Fugees still left a lasting legacy and was ranked the ninth greatest hip-hop group of all time by MTV in 2007.