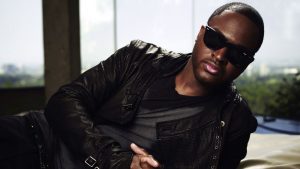 Taio Cruz was born in London, England in 1980 and is a rapper, singer, songwriter, and a record producer.

His first hit single was “I Just Wanna Know”, which ended up at position 29 in the singles charts in the UK.

His first album, Departure, was released in 2007 and the single “I Can Be” did better than his first, as it reached position #18 on the UK charts. He wrote, arranged, and produced the entire album, was certified gold, and given a nomination for the Music of Black Origin Awards in the UK.