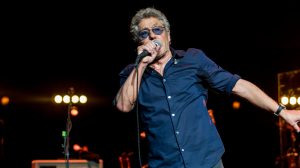 Roger Harry Daltrey is a singer, actor and film producer. He is a co-founder and the lead singer of the rock band the Who. He is known for his powerful voice and energetic stage presence.

The Who are considered one of the most influential rock bands of the 20th century, selling over 100 million records worldwide.

As a member of the band, Daltrey received a Lifetime achievement award from the British Phonographic Industry in 1988, and from the Grammy Foundation in 2001. He was inducted into the Rock and Roll Hall of Fame in 1990, and the UK Music Hall of Fame in 2005.

Collaborations
Going Back Home (2014) (with Wilko Johnson from Dr Feelgood)

The Who | Pinball Wizard (vocal only, guitar only)