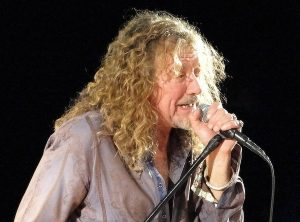 Robert Plant is a singer, songwriter, and musician, best known as the lead singer and lyricist of the rock band Led Zeppelin.

This dude has an incredible vocal range and it shows in his music and always has. He has also been touted as the Greatest Metal Vocalist of All Time. I would agree.

He was also ranked at number 15 by Rolling Stone on their top 100 list of best singers of all time.

The awards and records are endless and his music will live on for many generations to come.