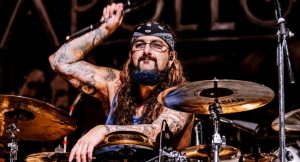 Mike Portnoy was born April 20, 1967, and is an American musician and songwriter who is the current drummer for The Neal Morse Band and supergroups Flying Colors, Transatlantic, The Winery Dogs, Metal Allegiance and Sons of Apollo.

Portnoy is primarily known as the former drummer, backing vocalist, and a co-founder of the progressive metal band Dream Theater. In September 2010, Portnoy announced his departure from Dream Theater after 25 years, with Mike Mangini taking his place as drummer of the band.

Since his departure, Portnoy has formed a variety of new bands and projects, including Adrenaline Mob, Flying Colors, The Winery Dogs, Sons of Apollo, Metal Allegiance, and BPMD.