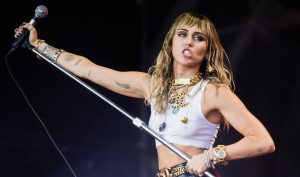 singer, songwriter, and actor. Her music has spanned a range of styles, including pop, country pop, and hip hop.

Cyrus’ personal life, public image, and performances have often sparked controversy and received widespread media coverage. She is widely considered to be one of the most successful entertainers in adulthood who originated as a child star. Cyrus was included on the Time 100 list in both 2008 and 2014, named MTV’s Artist of the Year in 2013, and was ranked 62nd on Billboard’s Top 125 Artists of All Time list in 2019.