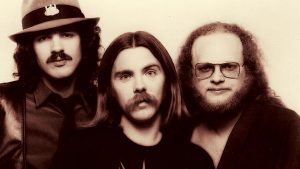 Klaatu, a Canadian rock group that was founded in Toronto, Ontario, Canada in 1973 and mostly remained active until 2005. They did have one break from 82 thru 88.

The band had some decent success over their history, even climbing into the US charts with two of their singles hitting the number 62 spot with “Calling Occupants” and “Sub-Rosa Subway” on the U.S. Billboard Hot 100 in 1976.

Internationally, their blend of rock led to the band being widely labeled as the “Canadian Beatles”.

The Carpenters | Calling Occupants (Of Interplanetary Craft) vocal only