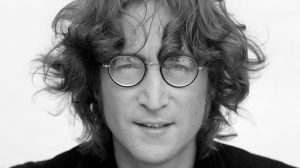 John Lennon, whose birth name is John Winston Ono Lennon, was born in Liverpool, England on October 9th, 1940. He is a singer -songwriter, guitarist and peace activist.

He is one of the most well known members of and co-founder of The Beatles, and shared lead vocals and played rhythm guitar.

There’s not much he didn’t do in the music industry as far as record sales, Top 200 and 100 list from major publications such as Rolling Stone.

He’s topped BBC polls many times, and then there’s two separate inductions into the Rock and Roll Hall of Fame. Once as a member of The Beatles, the other as a solo artists.

One might wonder, what else could her have accomplished?

Glad you asked, he was also inducted into the Songwriters Hall of Fame, for starters, and then we can add in over 72 million sales of his solo album through 2018.

He also still has two books written by him that are still for sale. The list could go on and on.

John Lennon | Whatever Gets You Thru The Night (vocal only)