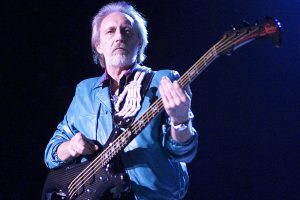 John Entwistle, born as John Alec Entwistle was born on October 9th, 1994 Chiswick, a district of London, England. Both of his parents had musical backgrounds. His mother played Piano and his father was into brass, and played the Trumpet.

He had quite the run, with over 40 years active in the music industry. Even though he was very active, he is primarily know by the public as a member of The Who.

What most don’t know is that he has a very solid list of achievements.

He was also inducted into the Hall of Fame as a member of The Who in 1990. In 2017, he was voted number one in the 100 Greatest Bass Players of all time in a poll by Rolling Stone. These are just a couple of notables in his legacy.