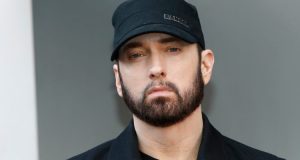 Eminem, born Marshall Bruce Mathers III, is an American hip hop artist, actor, record producer, and record label executive. He began his career in Detroit in the 1980’s alongside rapper Proof by competing in contests at underground hip hop clubs such as the Hip-Hop Shop.

In 1988, he created a group called New Jacks with DJ Butter Fingers, then later changed the name in 1992 to Soul Intent. Proof was a member of the group with him and some of the other friends that he had as a child. An EP was released with the title Soul Intent in 1995. His first album, which was released in 1996, was full of radio-friendly tracks that he hoped would get him on the air on Detroit radio stations. It wasn’t as successful as he’d hoped and he wasn’t at all happy with the feedback that local DJs had for him on it. They thought he was more suited to rock ‘n’ roll than rap and it frustrated him so much he moved into writing angrier lyrics.

Eventually, he developed his angry alter ego, Slim Shady, and recorded The Slim Shady EP. This led to his discovery by Dr. Dre through an Interscope Records intern that attended the 1997 Rap Olympics that Eminem competed in. His first album he recorded with Dr. Dre was The Slim Shady LP was released in February 1999. It was comical, violent, and went triple platinum before the end of the year.

Since the beginning of his career, Eminem has produced 11 studio albums and 3 collaborative albums.