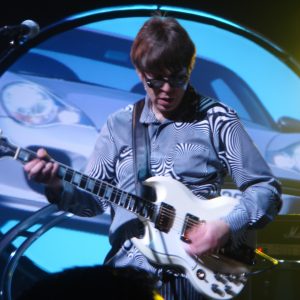 Elliot Easton began his career in music in 1976 as the lead guitarist of the rock/pop band The Cars. He performed with them until the band dissolved in 1988. In 2005, he formed The New Cars with the original band’s keyboardist Greg Hawkes, Todd Rundgren, Kasim Sulton, and Prairie Prince. They released their first album as The New Cars for the video game Rock Band which was released on Xbox 360 and Playstation 3 on November 20th, 2007.

His solo career has consisted of mostly singles such as “Shayla”, “Tools of Your Labor”, and one solo studio album in 1985 called Change No Change.

The Cars | Moving In Stereo (drums, bass, guitar, keys only)